← more from
Wild Honey Records
Get fresh music recommendations delivered to your inbox every Friday.

Walking Through My Hell 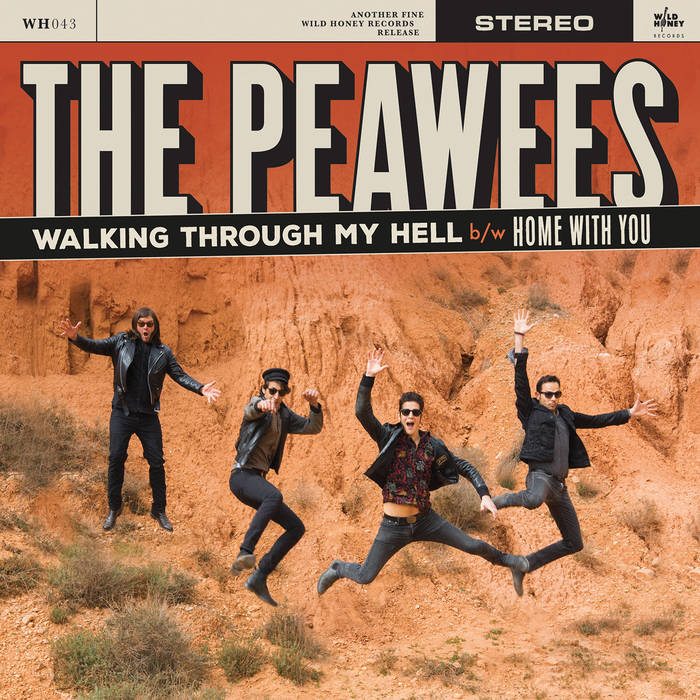 Over the past 20 years The Peawees from La Spezia, Italy became a household name in the European rock ‘n’ roll scene, with 5 albums and multiple 45’s under their belt.

The Peawees are today recognized as one of the strongest bands in the European rock ‘n’ roll scene.
Active for over 20 years they have never ceased making their own sound; a mix of Rock ‘n’ Roll, Garage Rock, R&B, Punk, and Soul Music. Touring
Europe, UK and the US, they have shared the stage with iconic punk and rock legends such as The Damned, The Sonics, The Dictators, Radio Birdman, The Dwarves, and many others.

“Walking through my hell” on side A is a tight tempo, Motown inspired track with the classic Peawees touch!
On side B “Home with you”. A rock n roll gem written by the legendary Peter Zaremba of The Fleshtones for The Peawees!

Another fine Wild Honey Records release that can not be missing from your collection!

The story of The Peawees begins in La Spezia, Italy, back in 1995, when three teenager join forces and release a debut album clearly based in punk rock. From that point the band has toured the USA, UK and Europe releasing records on various labels all over the world. The Peawees are today recognized as one of the strongest bands on the european rock ‘n’ roll scene. ... more

Bandcamp Daily  your guide to the world of Bandcamp